Part 3: Investment in Female Entrepreneurs is lagging behind the discussion surrounding the Gender Pay Gap 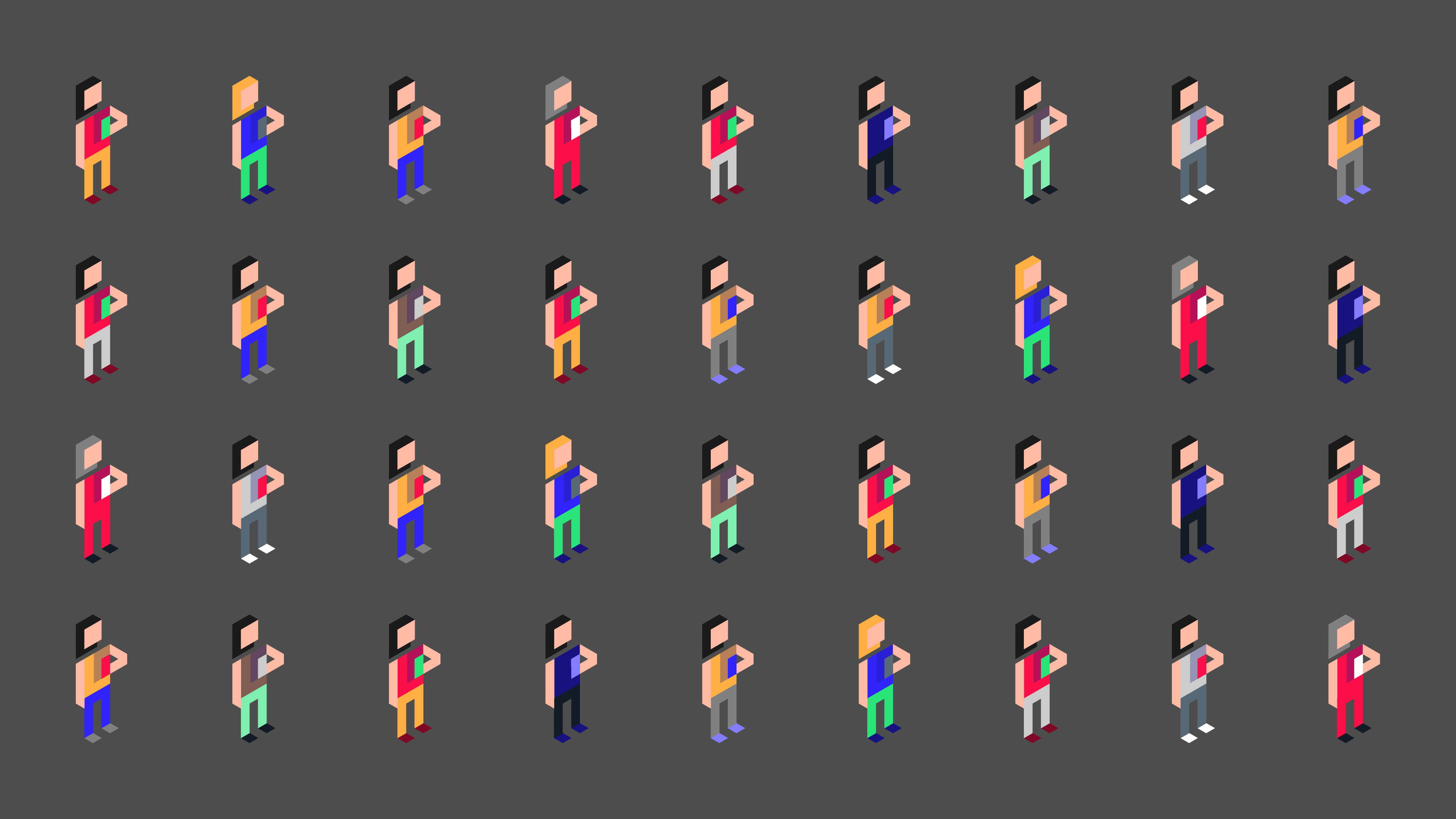 In this third instalment of the AMPLYFI Female Entrepreneurship Study, we will be directly comparing the calculated trend in significance for two critical topics and analysing the impact this is causing. For new readers, or readers who will need refreshing, significance is a term we use at AMPLYFI to describe how important a given topic is at a given time and is calculated using a combination of Natural Language Processing and Machine Learning algorithms. It is a complex calculation that reflects the multifaceted nature surrounding a topic’s significance to society and goes beyond a simple indication of the frequency with which a topic is mentioned.

In this study, an increase of significance would suggest a topic is becoming more important within the overall sphere of discussion surrounding female entrepreneurship and businesswomen. 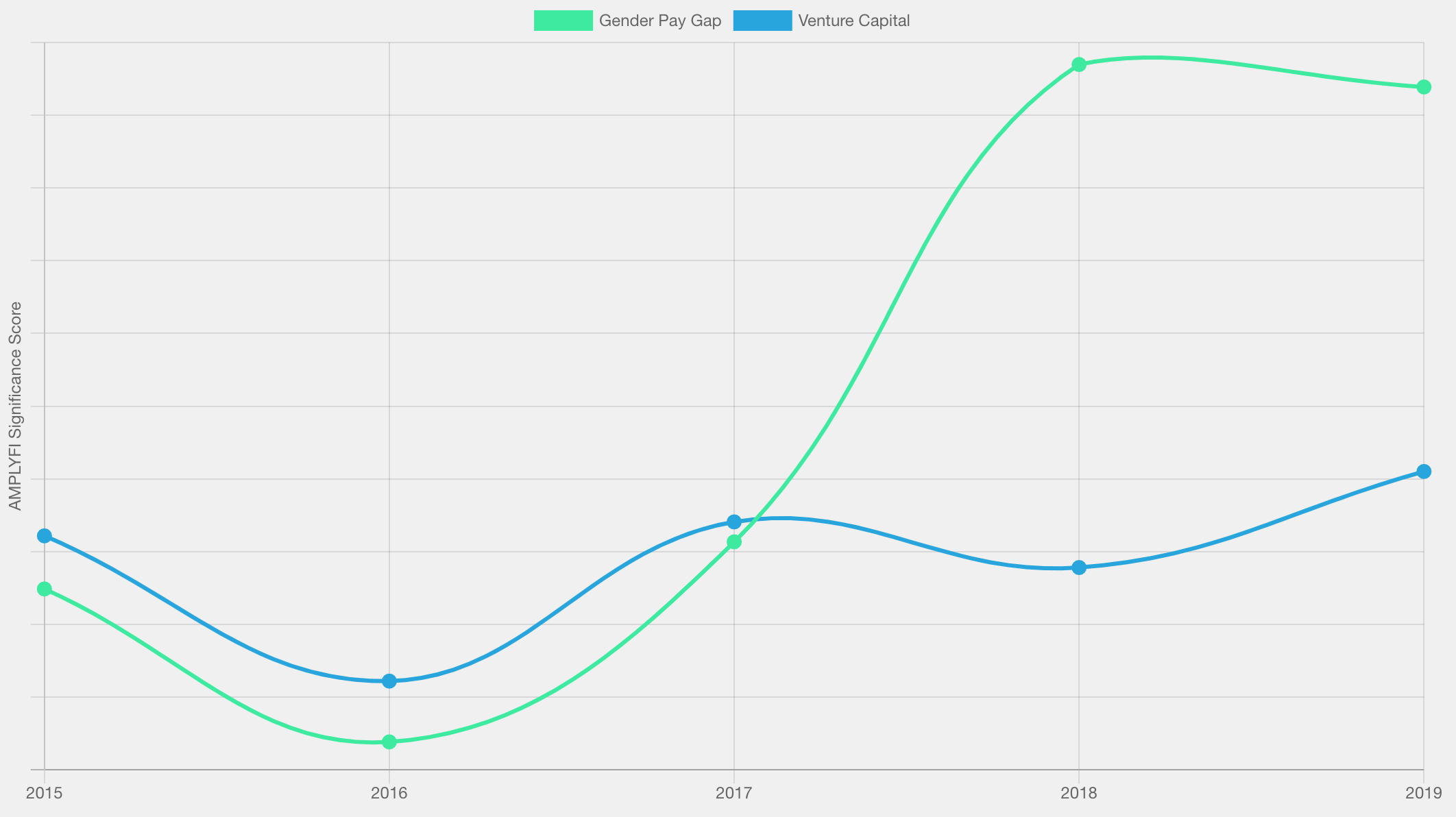 The two topics under analysis are ‘Gender Pay Gap’, the difference in average pay between genders, and ‘Venture Capital’, a common means by which early stage or emerging companies can receive investment. Figure 1 shows that in the earlier years of this study (2015-2017) the significance of these topics is clearly linked with a similar level of importance placed on each topic. This relationship then diverges in 2018 as the significance of ‘Venture Capital’ flattens and ‘Gender Pay Gap’ increases. This shows that in the last few years there has been a bigger focus on closing the gender pay gap than closing the analogous gap in funding for female entrepreneurs.

The UK VC & Female founders report published by the British Business Bank in 2019 found that, for every £1 of venture capital (VC) investment in the UK, teams of all-female founders received less than 1p, while all-male teams received 89p. The latest UK government statistics show that the gender pay gap for full-time workers is at 8.9%, slowly decreasing from 9.6% in 2015. Both of these statistics are alarming and are deserving of increased attention. However, despite increased awareness of the issue, our analysis shows that not enough is being done to bridge the gulf in VC funding. These findings were also mirrored by Alison Rose, CEO of Natwest, in her Review of Female Entrepreneurship commissioned by the UK government in 2018.

Our analysis also highlights the prominent people driving the trends in each topic. Theresa May, the former UK prime minister, is closely linked to the increased significance of the ‘Gender Pay Gap’. Her tenure as prime minister fits neatly with the period of increasing significance for this topic. Indeed, during that time, the government brought in legislation making it mandatory for companies with more than 250 employees to publish their figures relating to the gender pay gap. In this example, it seems having a woman at the pinnacle of leadership may have helped drive the conversation about the gender pay gap. Perhaps if May had an entrepreneurial background, rather than financial, we would have seen a similar shift in the significance of ‘Venture Capital’.

Less than 1% of VC funding is finding its way into female-founded businesses. This shows that female-led investment is massively underrepresented and actually highlights a huge opportunity for investors. One way to explain this disparity would be to consider the possibility that previously investment decisions have been influenced by conscious or unconscious assumptions about gender rather than on the potential held within the business itself. Unconscious bias can be hard to address, but better representation of women in leadership roles in VC firms would go some way to combatting this; a report from Diversity VC in 2017 showed that only 13% of VC decision makers were women. In the general business world, an increased number of prominent women leaders would work to balance the unconscious bias of Venture Capital decision makers (see part 2 of this study for more discussion around this topic).

Focussing on and racing to find the best untapped or overlooked female-led businesses is set to become a major growth area in the coming years, especially as the UK economy looks to bounce back from the economic impact of the covid-19 epidemic. With players such as RBS recently pledging £1 billion in funding to female entrepreneurs, finding the smartest place to put this money is more important than ever.

In the fintech arena, there are many things that can be done to support this type of initiative which is aimed at making the world a better and fairer place. At AMPLYFI, we are developing purpose-led prospecting tools that use AI to enable organisations to identify high-quality prospects that fit within carefully selected criteria. The first tool in this suite has the ability to identify female-led business prospects who are displaying growth or growth potential, and who are ready for external investment.