Smartphones overturned the digital camera industry: Could we have seen it coming? 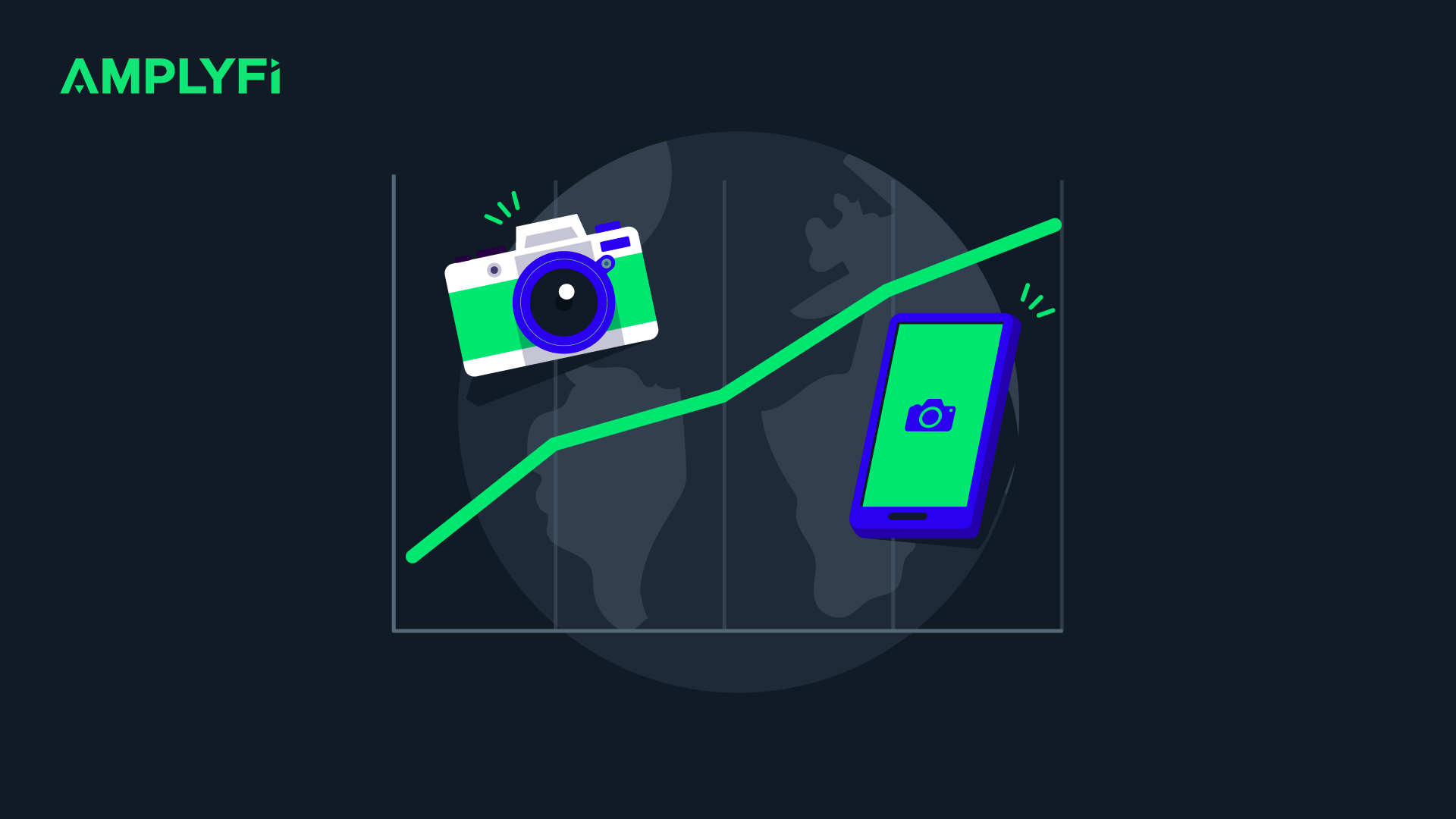 An example of how our platform can support early-stage recognition of major trends and possible disruptions, with analysis into the disruption caused by smartphones on the digital camera market.

A CIPA (Camera & Imaging Products Association) report shows that digital camera sales peaked in 2010, before declining by more than 80% by 2018.  The decline accelerated in 2013, with sales dropping by 36%. One of the most frequently cited reasons for this decline is the disruption caused by smartphone cameras that, at the beginning of their introduction, were underestimated by established camera manufacturers. As a retrospective this analysis by CIPA is insightful. However, we want to show how, by using AMPLYFI’s analysis capabilities, digital camera manufacturers could have correctly interpreted the importance of the smartphone between the years of 2009 and 2013.

Using a sample of approximately 18,000 internet documents (including patents, academic journals, news, blogs and general websites published between 2009 and 2019) related to digital cameras, AMPLYFI’s platform applied its Natural Language Processing and machine learning techniques to search for trends, disruptions and links between entities and topics. If camera manufacturers would have had access to our platform at the time (between 2009 and 2013) they would have been able to track the following trends as they emerged on a monthly basis.

At a high level, AMPLYFI analysis would have shown a 15% increase in the significance of the digital camera between 2009 and 2013. Whilst this would seem like positive news for camera manufacturers, a closer look at the data would have suggested otherwise. In the year 2013, the organisation most closely connected to the increased prominence of the digital camera was not the likes of Canon or Nikon, but Apple, the smartphone manufacturer, with Apple becoming the company with the strongest link to ‘digital camera’ in 2012.

If you follow this track back to 2009, Apple is already in the top 10, and steps into the top 5 for the first time in 2010, three years before digital camera sales see their steepest decline. AMPLYFI’s platform also picks out the upcoming improvements in smartphone camera quality by signalling and quantifying the emerging technologies that would underpin advances in appeal and ultimately lead to widespread disruption. Increased battery life, the CMOS Image Sensor and touch screens are some of the nascent, converging enabling technologies highlighted by our tool.

This small selection of results alone would have clearly shown the severity and rising likelihood of the disruption smartphones were about to inflict. It would have highlighted that even though digital photography was flourishing, changing user habits and technological trends were beginning to favour smartphones.