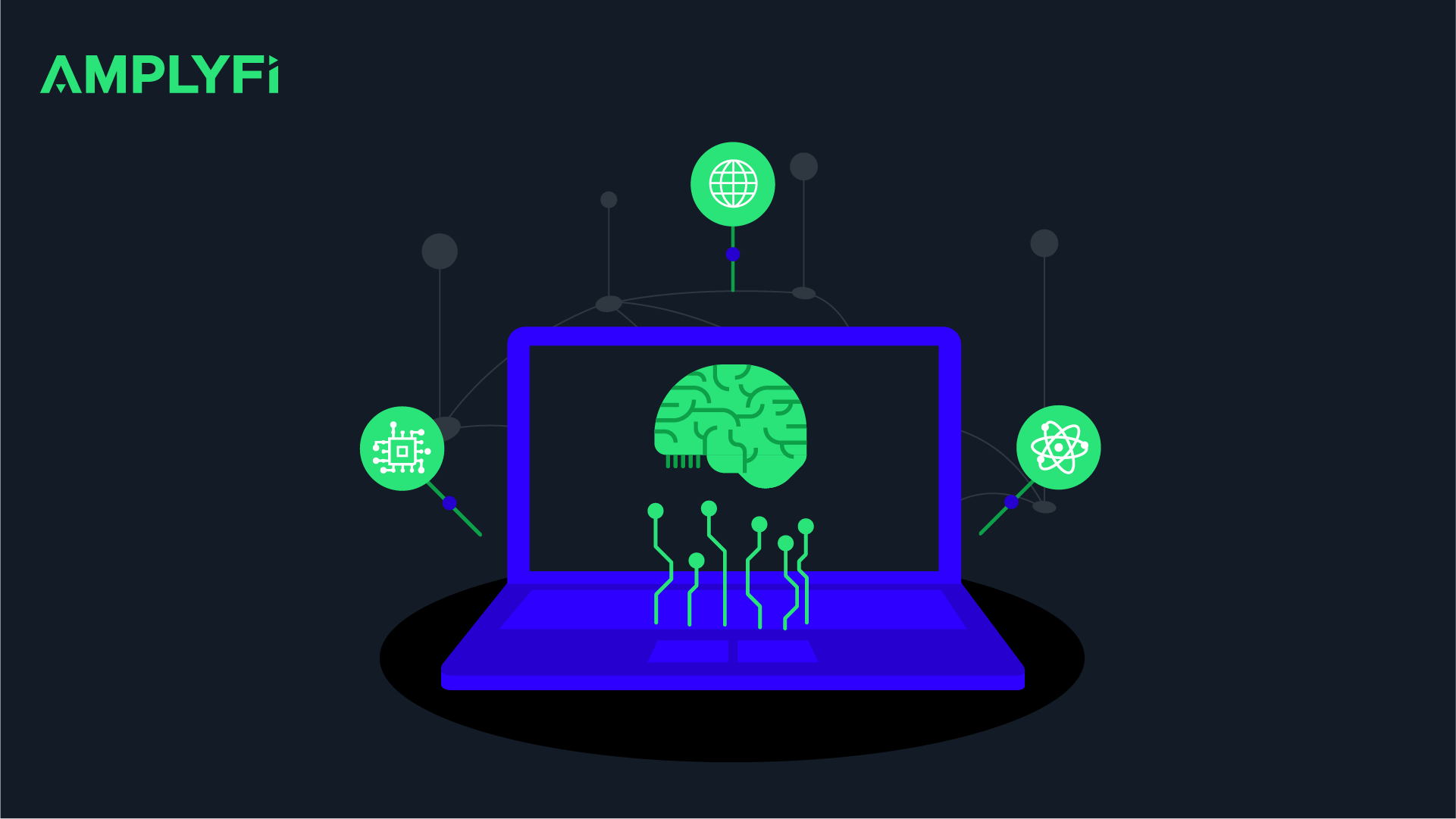 Founder and CEO of AMPLYFI, Chris Ganje is a pioneer in the application of machine learning and data science across structured and unstructured data sets, helping organisations make decisions based on real world information without the bias, cost, and limitations of human analysis. Chris previously worked at BP PLC where he was responsible for leading the Group’s disruptive technology work and developing its European energy technology policy initiatives. He is a fellow at Cambridge University’s Centre for Science and Policy and sits on the Innovate UK Council.

To some, we live in a post-industrial era where post-modernism still influences aspects of art and philosophy, and post-truth dominates politics. This sits alongside a post-humanist view of the future in which we “beat” natural selection with new, advanced medical treatments, our changing attitudes to the planet challenge our role as the dominant species, and where, under Web 3.0, machine-based Artificial Intelligence (AI) accesses the entire web to make better decisions than we can.

While the expression “Web 3.0” was first coined in 2006 by John Markoff, its origins can be traced back to Tim Berners-Lee and his ideas for ‘The Semantic Web’ published across 1999-2001.

The original vision for Web 3.0 was to create machine readable web data that would enable the meaning of information to be manipulated between machines to create new knowledge. As Markoff wrote, Web 3.0 will be “an era when machines will start to do seemingly intelligent things”.

However, over the past 20 years the vision for Web 3.0 has been extended to include concepts such as The Spatial Web. The ability to share ALL of our data and knowledge with machines in such a way that we create a new spatial web of interconnected technologies, computers, networks, people, places, text, and media would mean, as Gabriel Rene says, ‘our digital and physical lives become one’. Web 3.0 will need to achieve this in an open yet secure and decentralised way such that everybody retains the rights to and ownership of their data and privacy, no assumed trust, and a limited requirement to ask for permission.

However, while the internet has undoubtedly evolved from Web 1.0 (with its simple desktop access to structured information and data) to Web 2.0, with dramatically increased levels of user interactions, content generation, connected devices, and centralised networking activities, a fully-fledged Web 3.0 still seems some way off.

The original notion of the Semantic Web reached its peak on the Gartner Technology Hype cycles around 2010. It was later replaced by the more modest ambition of Resource Description Frameworks that classify data by taxonomies, ontological relationships, and embedded metadata standards. These, at least, make disparate data sources more amenable to being read and analysed by machine learning algorithms.

Other necessary aspects of Web 3.0 have seen significant progress through the development of Blockchain-based platforms such as Ethereum. Although Blockchain technology has potential issues around interoperability, cyber security, and operational scaling, it does deliver on the key aspects of decentralisation, data privacy, and trust.

Nonetheless, the overriding reason that the Semantic Web, the Spatial Web, or Web 3.0 remain a long-term vision is that internet-driven cognition is still not possible. The necessary advances in AI are, in the words of Oren Etzioni, CEO of the Allen Institute for AI, still “decades away from matching the versatile abilities of a five year old child”.  According to Etzioni, the key ability of humans to identify, frame, and solve problems remains beyond the reach of machines. Within the confines of very specific tasks, where humans have defined the problem i.e., playing GO or interpreting MRI images, machines are described as “idiots savants”. They are only superhuman in their ability to perform statistical calculations at high levels of speed, complexity, and accuracy.

It may be more realistic to position the advances made to date towards realising Web 3.0 in the areas of Blockchain, machine readable data, device connectivity, and 3D visualisation as “Web 2.X” today. However, once AI can learn from one problem and apply that learning to solve a completely new and separate problem, then machines will be able to make seemingly intelligent decisions based on analysis of structured, semi-structured, and unstructured data extracted from multiple sources across the web. At this point Web 3.0 would seem a rather tame label for such a technological advance.

The revolutionary impact on our society and us as individuals arising from the fusion of all things physical and digital in a truly Web 3.0 world would perhaps be better described as post-humanists living in a post-internet era.