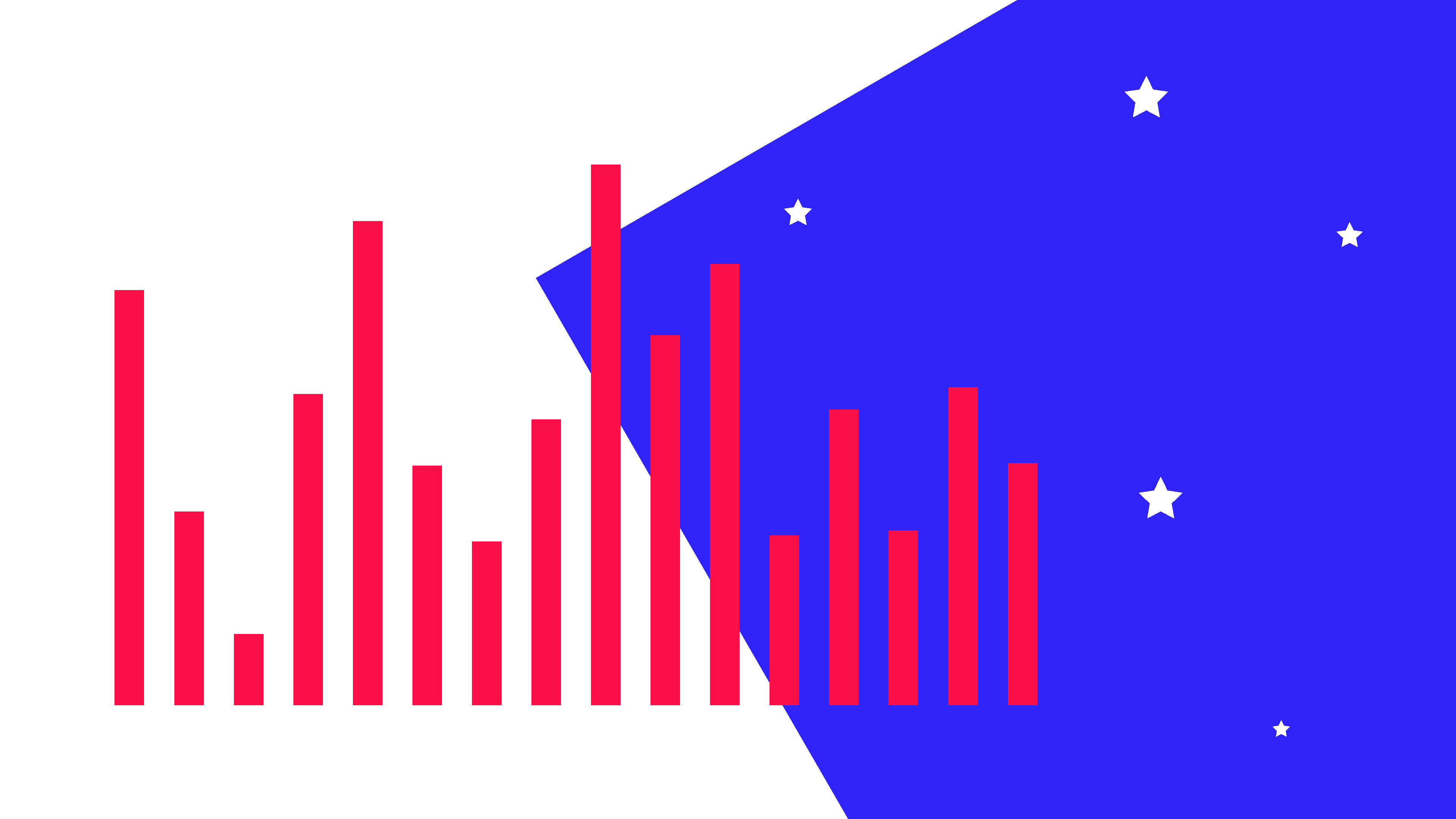 Welcome to the final post in our three-part series, each focusing on significant insights that AMPLYFI’s DeepInsight platform has identified concerning the 2020 US Presidential election. To recap, in our first insight blog we examined how AI analysis shows the momentum lies with Democratic candidate Joe Biden. Our second insight blog then focused on why Kamala Harris is making a bigger splash than previous VP candidates. This third and final blog focuses on the significance of key policy debates during the 2016 and 2020 presidential cycles, how they have evolved between elections, and their implications going forward (For more on DeepInsight’s methodology and how it statistically quantifies significance, see the first post in this series).

For this blog post we have used thematic analysis to group a number of topics and report on the combined significance of the group. For instance, the theme of Trade Policy is a combination of a number of individual trade-related topics, which includes Free Trade, North America Free Trade Agreement (NAFTA), Trade Deal and Trade War. 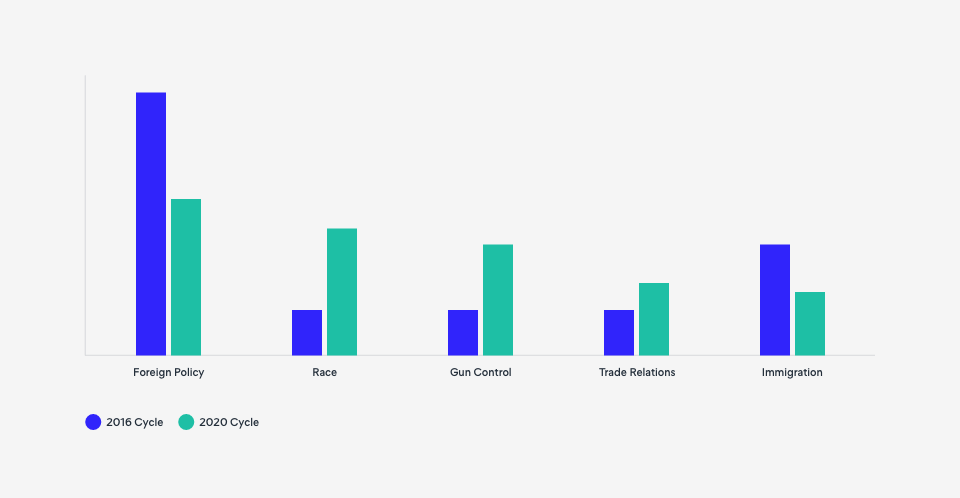 The first insight that jumps out is the significance scoring for Foreign Policy. In the 2016 cycle, it was by far the most strongly debated policy for that election. At the time, key elements of the debate included the Iran Nuclear Deal, sanctions on Russia, and NATO membership, with the both parties’ viewpoints polarised. Ultimately Donald Trump’s “Make America Great Again” slogan underpinned by strong anti-China rhetoric and his promise to build a wall on the border with Mexico proved extremely popular with voters. So far in 2020, Foreign Policy as a theme has almost halved its significance whilst others have risen in prominence. Linked to Foreign Policy and experiencing a similar decline as a strongly debated election theme between 2016 and 2020 is Immigration.

Although Foreign Policy still remains the most significant policy for the 2020 election, it comes in just ahead of two sensitive and ongoing issues that the US faces today: Racism and Gun Control. They have both risen in significance in the current election cycle to almost match the Foreign Policy debate and both currently exceed Immigration.

AMPLYFI’s analysis of the two election cycles indicates that Race-related issues have risen to become the second most significant theme in 2020. The killing of George Floyd, a 46-year-old black American man, in Minneapolis by a white police officer ignited protests and reinvigorated the Black Lives Matter movement globally. This has been exacerbated by further instances of similar police shootings triggering more protests, some of which have been marred by violence.

Although Race is the second most significant key policy entering the 2020 election, Gun Control follows closely behind.

Our analysis between the 2016 and 2020 elections reveals a significant change in the Gun Control debate. As illustrated in the chart, Gun Control had the least significance of the five leading policies for 2016. However, in 2020 it is nearly tied for the second spot.

A further factor in the rise of Gun Control in the political debate is the increase in gun-related deaths and mass shootings. In 2017, gun-related deaths reached their highest in almost 40 years. A string of mass shootings in recent years (in, for example, Las Vegas, Orlando, Charleston, El Paso, Dayton, Parkland) has amplified the issue for Americans, igniting new calls for action by lawmakers.

AMPLYFI’s analysis shows that, so far, the key issues of debate for the 2020 election are very different from those of four years ago. Foreign Policy and Immigration have clearly dropped in significance with Race and Gun Control rising in priority. This indicates that back in 2016 the debate very much centred around America’s relationship with and role within the rest of the world. This time around, the debate is very much inward looking on a number of domestic fronts with no clear single defining issue. With both parties talking strongly to all of these points, the analysis suggests that, whoever wins in November, we are likely to witness the rebirth of American isolationism.

It is also interesting to consider the issues that DeepInsight identified that are present but have yet to rise to prominence in the current election cycle i.e., women’s rights, gender equality, the environment, healthcare etc. These have all dominated the headlines in recent years and DeepInsight indicates, although currently relatively low in their significance, are all higher than they were back in 2016. Consequently, we would expect them to increasingly feature more prominently in the debate over the next six weeks. However, coronavirus-related concerns over queuing at polling stations and US Postal Service cutbacks potentially reducing its ability to deliver ballot papers on time could encourage people to vote early and ahead of the three televised head-to-head debates. If so, a large portion of the electorate would be voting before all of the campaign issues and policies are fully surfaced or a full assessment of the current administration’s performance on the economy and coronavirus completed. Early voting would, therefore, ostensibly be influenced by personalities. With the recent death of Justice Ruth Ginsburg likely to trigger an ideological fight over the future of the Supreme Court, this is increasingly feeling like one of the most important presidential elections in US history. Crucially, this analysis indicates that it is unlikely to be decided fully by political debate.