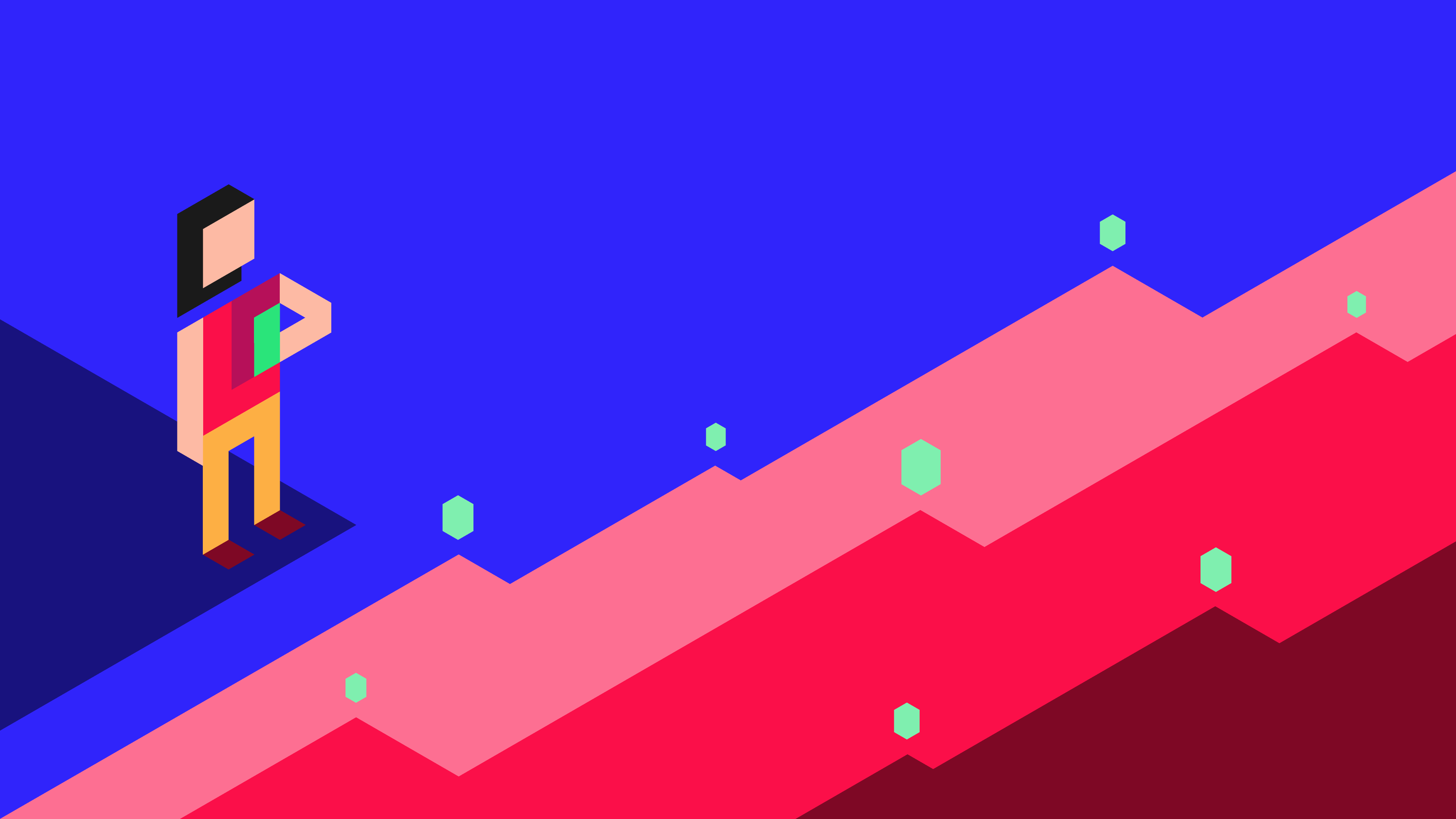 Part one of this three-part investigative series will focus on the volume of discussion surrounding Female Entrepreneurship and tease out some of the driving factors behind the trend. AMPLYFI has uncovered thousands of documents—including news, academic papers and blogs—published online between 2015-2019 that discuss the topic of female entrepreneurship.

The below graph represents the number of articles published each quarter over the past four-year period. 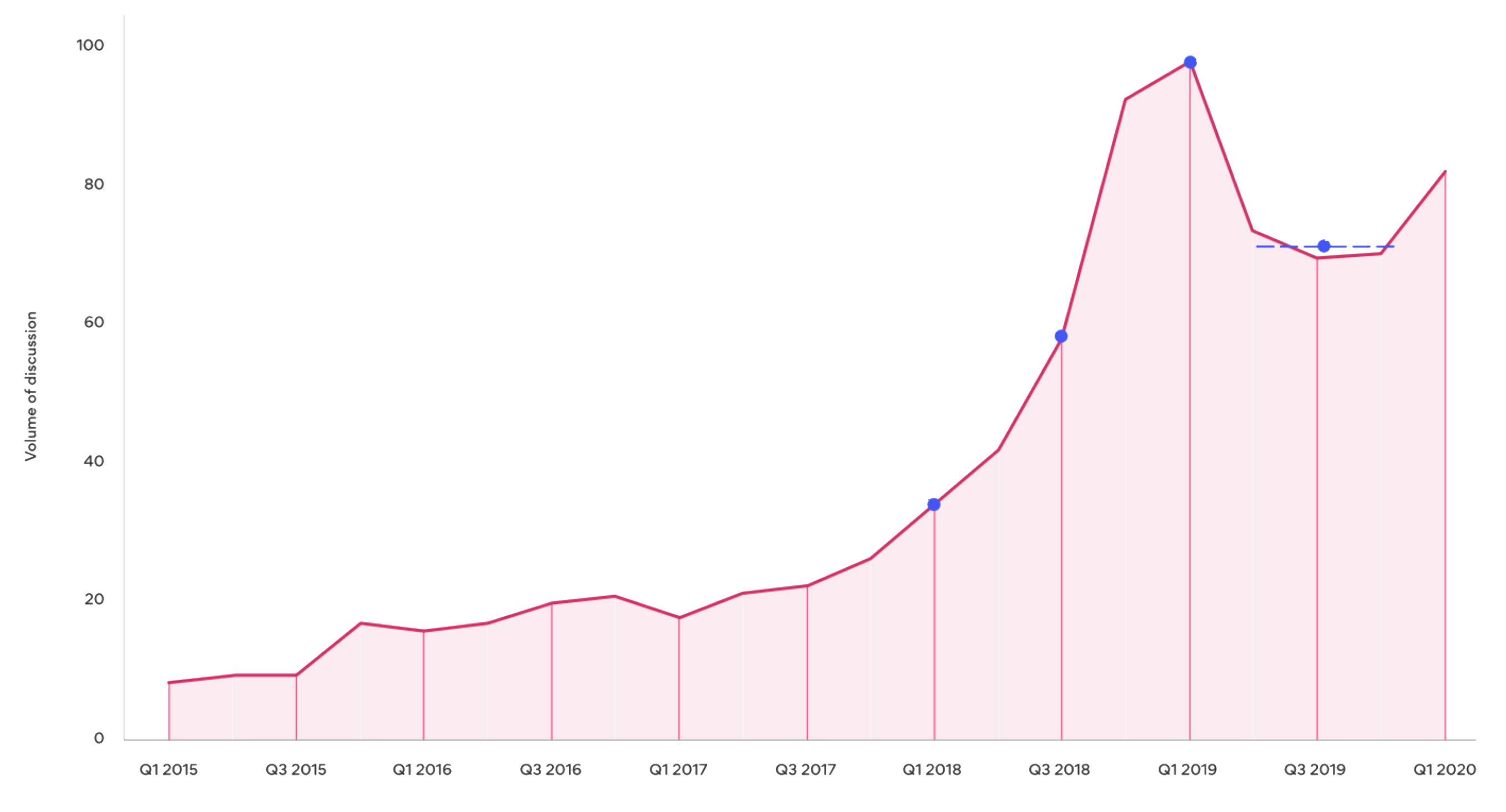 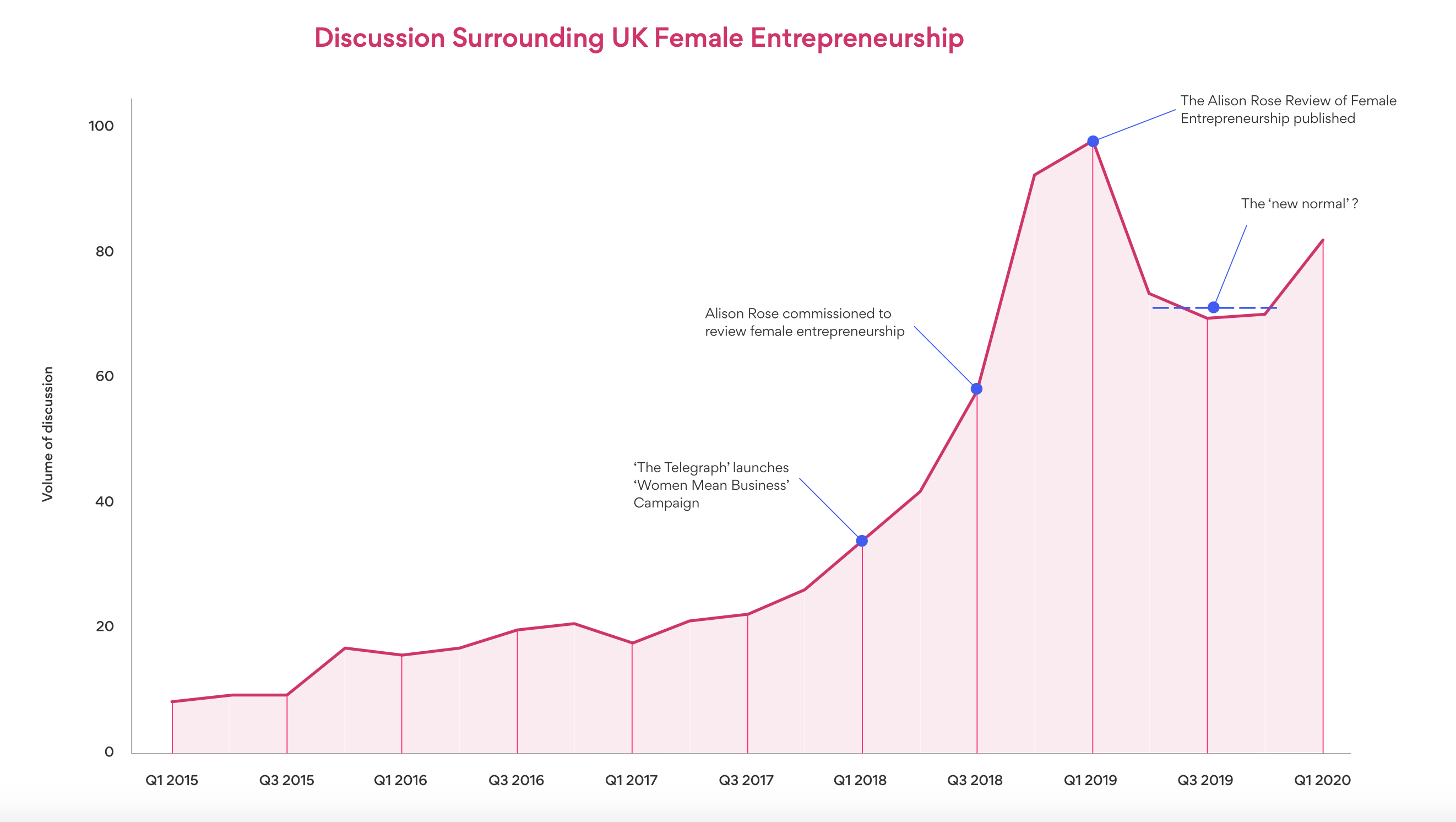 Between 2015 and 2017, we can see a small but consistent trend pointing towards increased discussion on the topic of female entrepreneurship but no particular event or paper was making the topic a mainstream issue according to our data. Allbright—a private members’ club for businesswomen—put their agenda in the spotlight and this built some momentum albeit not at the scale to directly change the conversation. From the beginning of 2018, there is a sharp increase in volume that peaks in Q1 2019, before a small drop that flattens out to the end of the year. AMPLYFI’s business intelligence platform uses machine-learning techniques to recognise important entities (people, organisations and places) and quantify their individual contribution to driving the trend.

Using our platform, we were able to identify that The Telegraph was, in early 2018, a key driver behind a prolonged increase in the discussion of female entrepreneurship. The timing of its influence aligns with the launch of The Telegraph’s ‘Women Mean Business’ campaign. This momentum was maintained throughout much of 2018, before a much larger force sends the volume skyrocketing in late 2018.

In Q4 2018, the number of documents discussing Female Entrepreneurship almost doubles—with an 88% increase on Q3 2018—before reaching a peak in Q1 2019. Analysis of these documents picks out the most influential entity as Alison Rose, who at the time was CEO of Commercial and Private Banking at The Royal Bank of Scotland, before taking up her current role of CEO of the entire bank, which will be renamed NatWest Group later in 2020.

Further investigation shows that her significant influence in this area stems from ‘The Alison Rose Review of Female Entrepreneurship,’ a review led by Rose and commissioned by the British government. This review was commissioned in September 2018, sparking a large increase in interest in female entrepreneurship in the final quarter of that year, as seen on the graph; the publishing of Rose’s review in Q1 2019 marks the peak in volume of discussion of female entrepreneurship. AMPLYFI’s analysis showed us that Rose was most heavily associated with the terms ‘Female Entrepreneurs’ and ‘Women in Business.’ During 2019, 13% of documents directly discussing female entrepreneurship mentioned Alison Rose by name, demonstrating her significant influence on the topic.

Nothing stays in the media cycle forever, so naturally we see a flattening off period after the publication of the report. Often, reports commissioned by the government do not have the enduring impact that was intended; however, the analysis suggests that Rose’s review has made a lasting impression.

After the initial news cycle on the report subsided, the volume of discussion has remained at a level close to triple (288%) its pre-2018 level. There are no immediate signs of reduction, suggesting that the level of conversation has increased to a ‘new normal’. Indeed, when we project the likely evolution of the discussion surrounding female entrepreneurship, it suggests the increased focus is going to sustain, and in fact continue to increase over the coming 2 years.

Whilst the quality of the findings were essential to the success of the report, the backing of the government alongside Rose’s position at an influential UK bank, make for hugely impactful recommendations.

When asked about the outcomes from our study, Alison Rose said “I’m delighted to see AMPLYFI’s evidence suggesting a ‘new normal’ level of discussion has been established with more and more focus on female entrepreneurship according to AMPLYFI’s latest study. We now have to maintain this momentum and work together to continue to deliver on the recommendations of The Rose Review”.

Subsequent to the publication of the report, other leading UK businesses have taken steps to address the challenge. Banks have so far been very willing to lead this charge and given the control they wield over the UK economy, their willingness to support female led businesses means Female Entrepreneurship will be a leading focus for these organisations for some time yet.

Indeed, Barclays have been supporting female founders for some time, via the Female Founders Forum to publish reports on the level of funding directed towards female led businesses. Their most recent report in October 2019 identified that equity investment in female founded companies had increased from 11% in 2011 to 21% in 2019.

With the discussion of female entrepreneurship at significantly higher levels than just 2-years ago and with clear steps for improving funding for female led businesses now outlined via The Rose Review, the rate of investment in female led businesses is sure to accelerate over the coming years. However, the challenging economic conditions that will influence the post covid-19 world will put financial institutions under huge pressure to deliver on their promises by investing in only the very best businesses that are able to drive economic growth.

Over the coming weeks, we will be releasing other parts of the study that assesses the role people have played in progressing the aims of this movement, the key terms associated with female entrepreneurship and how the tone of the conversation has shifted significantly.